Naturally skeletal muscle is designed to accelerate and decelerate by constantly changing shortening or lengthening speed. This applies to any sports or daily activity, and is emphasized by the natural “feel” of nHANCE™ promoting proprioception.

UNLIMITED POWER – PRODUCED BY THE USER

nHANCE™ Driven by YoYo Technology™ are human powered exercise machines that works like an inverted children’s yo-yo. The device converts and stores energy produced during the concentric action to be absorbed or resisted in the subsequent eccentric action. Energy is stored and used by the trainee as the strap is continually cycled around the flywheel shaft. As the effort and force applied increases, more energy is stored in the system and greater power is generated as rotational speed increases; ”the energy you put in, is what you get back!”

Since there is no “sticking point” in the range of motion, the amount of force or power that can be produced is unlimited, and rather depends on the trainee’s maximum power and effort; the greater the effort in the concentric action, the greater is the power.

In any nHANCE™ machine, eccentric overload, sometimes referred to as negatives, is allowed to occur at the very extreme muscle length. This is where skeletal muscle inherently produces most force. By optimizing the eccentric overload, nHANCE™ features stretch-shortening cycle exercise. With use of nHANCE™ the trainee can perform explosive exercise, favoring speed and power using a single light flywheel, or conduct heavy duty training by adding inertia. Despite the impressive power that can be generated with nHANCE™ equipment, the technology is proven safe. Used by top athletes and leading sports teams around the globe for years, nHANCE™ products have been thoroughly validated in clinical and research settings. A multi-year survey of more than 10,000 individuals, altogether completing more than 100,000 workouts using nHANCE™, showed no serious muscle strain or injury. By employing progressive resistance exercise training with nHANCE™, muscle soreness and over-use symptoms are minimized.

Any nHANCE™ machine is designed and equipped such that performance can be monitored, and instant feedback provided during training. This is accomplished with the aid of a sensor technique monitoring flywheel rotation, which allows power to be measured with high accuracy. Developed and validated for exclusive use with any nHANCE™ – Driven by YoYo Technology™ machine, BlueBrain™ is an extremely user-friendly tool assessing, monitoring and collecting data while offering instant performance feedback to patients, athletes, fitness addicts and other users. To support clinicians, coaches and others, BlueBrain™ measures and logs power with high accuracy, satisfactory even to the picky researcher. Power produced in each rep is displayed in real-time on the tablet that accompanies the BlueBrain system. Data is readily stored in the tablet database or/and exported to MS Excel. The BlueBrain™ system is mounted onto the machine, installed, fired up and ready to use in less than five minutes upon delivery! 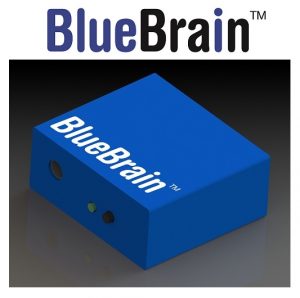